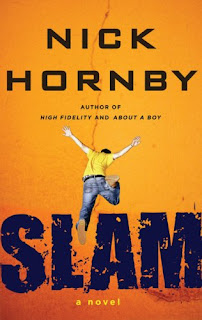 Here's a very worthy cautionary tale that teenagers will relate to. Sam Jones, skateboarder, knows that you can do the right thing 99.9% of the time--staying in control, playing by the rules and making all the right moves---but then with a momentary loss of concentration or a single wrong turn you can end up eating concrete. Sam's a good kid who generally does the right thing. When a momentary lapse results in an unplanned pregnancy, he experiences a life-jarring, mind-shattering slam far worse than any of the skateboarding accidents he's been through. As he shares his perceptions and reactions, Sam's voice rings true. He shares what he learns without any twinge of preachiness. His lessons are difficult ones--about a condom malfunction, childbirth and diaper changing, as well as evolving relationships with his girlfriend, his parents and his baby boy. Most importantly, Sam shows that good people sometimes get slammed but, when they do, they can recover, reclaim their lives and still be good people. Most people have to learn these hard lessons by making their own mistakes. However, sometimes we're lucky enough to learn things from a well-told story that can help us avoid a catastrophic slam. This one's definitely worth a read. 5 stars!
Posted by A Book Adventure at 9:45 PM