What is the YA Spooktacular? Stories! We have compiled TWO spooky YA stories by some of your favorite authors, debut authors and aspiring writers. You will get to trick-or-treat to other blogs and follow the story of your choice--or even both stories! At the end of the stories, you will have a chance to enter to win a grand prize pack! (We will even have a Book Depository gift card for international participants to win!)

THE RULES:
*You must comment on EVERY post in a story to be eligible to win the grand prize pack. *You MAY enter for both stories.
*The forms are a must to be entered.
*Winners will be selected at random.

Our handwriting looked identical. Before I could figure out what it all meant, I was startled by a knocking sound and I turned to the library doors, expecting to see someone locked out.
I woke, my heart pounding in my chest. My arms tingled from the adrenaline running through my veins. Yeesh. Talk about anxiety dreams. I felt like Dorothy back in Kansas. As I came fully awake, I remembered what really happened.
I’d been at a Halloween party with my roommate, Alice. We’d been best friends since we’d started Boston University together and had planned to dress up as matching sexy witches for B.U.’s famous, all-campus Halloween party. But we’d had a terrible fight that afternoon. Alice accused me of coming on to her boyfriend, Dylan, who was in our Colonial History class, taught by Mr. Cooper. We had a paper due on Monday, which is what all that stuff about Mr. Cooper wanting something from me in my dream was about.
“You’ve seriously crossed the line, Sami,” Alice said. I swear I saw her eyes almost burning red with fury, before she finally got herself under control. “Roommates do not steal each other’s boyfriends.”
“I didn’t—“ I started to protest.
“I know exactly what you did,” Alice said, cutting me off. “Don’t even think of dressing up like a witch tonight.”
“Good,” I said, hurt that she’d accuse me of something I’d never do. “It’s not like I wanted to be a slutty witch anyway.”
She screamed in frustration, as she grabbed her costume and went to change in a neighbors’ room down the hall.
After that, I hadn’t felt like going out. But I’d be damned if Alice was going to stop me. Plus, I really needed the break. I been working on my paper all afternoon on the Salem witch trials. That’s how Alice and I had gotten the idea to dress up as witches. I really had checked out the book called Colonial Witchcraft. But Tonya Seller’s name hadn’t been signed out before me. Obviously, the library at B.U. was digital.
No, the Tonya Seller thread from my dream was just an urban legend that had been running around campus lately. A school librarian had disappeared one night and had never been seen or heard from again. Some people said vampires had gotten her. I was pretty sure the story got trotted out every Halloween, the details growing gorier with every retelling.
But Tonya Seller did make a killer Halloween costume. I dressed up in a silk blouse, short black skirt, the fishnets from my witch costume and kitten heels. I pulled my long dark hair into a bun and perched my reading glasses on my nose. Total sexy librarian. I made two fang marks on my neck with dark red lip gloss, grabbed a few library books and headed to the party.
Which is where Jareth comes in. My first hook-up at college. He’d approached me the minute I’d walked into the student union, as I searched for a familiar face, hoping I wouldn’t have another fight with Alice. He didn’t wear a costume, only those weird contacts that make your eyes look like an anime character—he’d chosen pure black—giving him an otherworldly look. His lines were smooth as he handed me a glass of beer. And, I don’t know, there was something so familiar and right about him, that when he leaned me against the wall and started kissing me, I hadn’t even thought of protesting. But it was almost too much, his kisses were releasing strange emotions inside of me and I broke away, making some excuse about finishing a paper.
I’d run into Alice and Dylan on the way out of the party. They’d been sucking up to Professor Cooper who was chaperoning, and had made snide comments about my costume as I’d fled to my room.
I turned on the TV, settled into an old horror film about vampires and must’ve fallen asleep and had that terrible dream.
There was that knocking again, this time for real, at my dorm room door. I crawled from bed and opened it, thinking Alice must’ve forgotten her keys.
But it was Jareth standing there, his eyes still pure black. “You forgot this,” he said. He held out the necklace from my dream. The solid-black obsidian stone, hanging from a gold chain.
I swallowed in confusion. “That’s not mine.”
“Sure it is,” he said. “You’ve just forgotten.”
I don’t know what it was about him, but I trusted him enough to let him clasp the chain around my neck. I grasped the stone firmly in my hand, and images filled my mind. In a matter of seconds, it all came rushing back. Of my training in a military unit, learning to shoot automatic weapons, throw knives, carve wooden stakes, detonate fire-bombs, and of the reprogramming, so I’d forget it all.
“Welcome back Tonya Seller.” Jareth grinned at me. “You did well.”
I was a vampire hunter, part of an elite, covert force. I’d let them strip my memory and identity from me, so I could go underground to find Alice, Dylan and Mr. Cooper. They weren’t warlocks and witches; they were vampires. And I’d been sent to kill them.
“Happy Halloween,” I said, and smiled. "Let's go get them."
Posted by A Book Adventure at 9:21 PM 35 comments: A Long Way Down by Nick Hornby 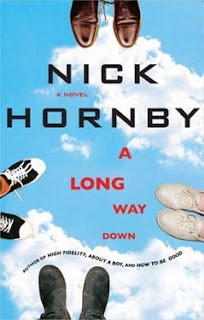 This is another excellent novel from Nick Hornby who has yet to write anything that I have not enjoyed. It is the story of four very different characters.
Maureen is a downtrodden single parent whose life is dedicated to caring for her severely disabled son. Martin is an obnoxious daytime TV presenter who has been the subject of a high profile sex scandal. JJ is a musician who always wanted to be a rock star but now deliver pizzas. Jess is an impulsive teenage tearaway. It is hard to imagine a group with less in common.
What does bring them together is a tower block - Toppers House - in London on New Years Eve where each arrives intending to leap to their doom. They inevitably discuss what has brought them there. I must say that I feared that they would understand each others pain and then hug each other living happily ever after in a community. But they don't. In fact whenever I thought I knew where it was going it went off in a different direction. Never predictable and never dull.
They are certainly not a likeable bunch. Why else would they be at Toppers House in the first place? But they are a fascinating group of oddballs and their mutual dependency is both touching and amusing. The subject matter is never trivialised even though there are several laugh out loud moments. The writing is always excellent.
Don't be put off by the gloomy subject matter. This is his best to date and should not be missed. 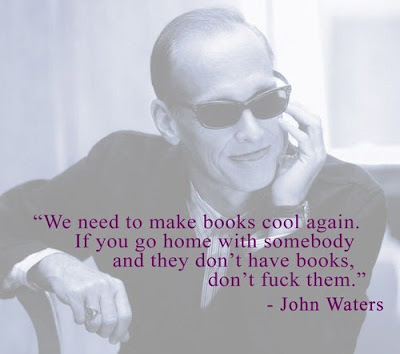 Posted by A Book Adventure at 4:33 PM No comments: 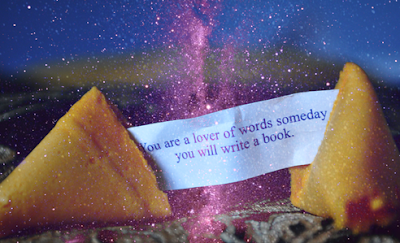 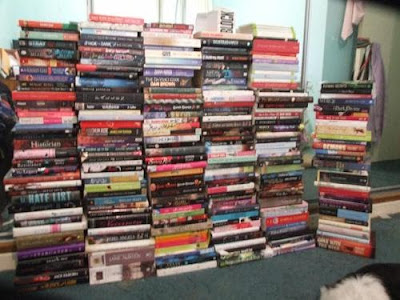 Meet Mount To Be Read. o.O
I really need to get new book shelves for my books — I own way more than that, those are just the ones I’ve still to read. Oops.
Posted by A Book Adventure at 10:50 AM 14 comments:

" On Friday night, I was reading my new book, but my brain got tired, so I decided to watch some television instead.
— The Perks of Being a Wallflower by Stephen Chbosky
Posted by A Book Adventure at 8:33 PM 2 comments:

In short, Nanowrimo is a world-wide challenge done in November of every year where you (if you choose to accept) write a 50,000 word novel in 30 days. It might sound hard, but throughout the month, there are people encouraging you—authors who send you pep talk emails, fellow writers on the forums, and other people from your city who you can meet up with at write-ins through the month. It’s totally free, and if you finish your novel by the end of the month, you end up with your very own novel written by you! And even if you don’t finish, that’s okay too, because it’s honestly a lot of fun even if you don’t get to 50,000!
Posted by A Book Adventure at 2:01 PM 6 comments: 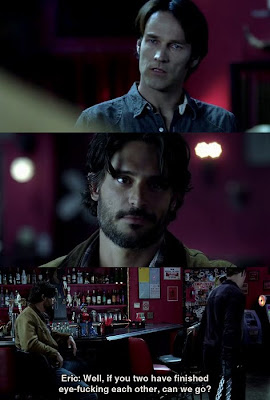 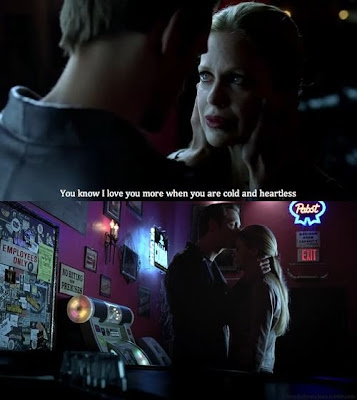 Watched all of season 3 of True Blood these past three days online. AMAZINGG. Definitely gotta buy the seasons on dvd. Who knows might start a dvd collection next.
http://www.watch-true-blood.net/
Favorite couple: Jessica and Hoyt
What's yours?
Posted by A Book Adventure at 12:25 PM 3 comments: 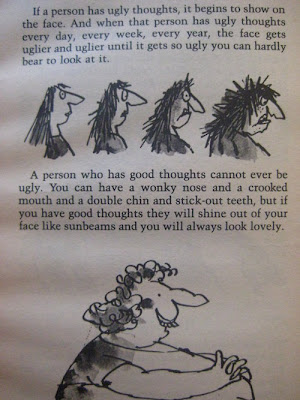 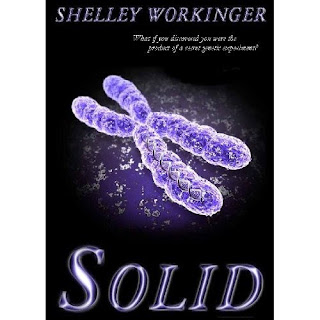 My Thoughts: The believable preface of the Army experiment on unborn fetuses sets the stage for the 17-year-olds meeting at Army camp to learn about themselves, each other, and the experiment--notes died with the scientist. The teens are quick to discover that not all those at the camp have the best interests of the teens or of science in mind. Shelley is looking forward to writing a sequel. I give this book a 4 stars.
Posted by A Book Adventure at 2:17 PM 1 comment: